It’s hard — perhaps impossible — not to fall in love with Jerry Granelli.

Immediately upon meeting him, it’s clear you’re in the presence of a rare and radiant personality. He is charming, kind, philosophical — an intoxicating storyteller.  And he can take complex musical knowledge and translate it into simple and poetic words unveiling the beauty of the notes and tempo to the rest of us.

“Jazz is just a reflection of life….Life is improvised, life is uncertain. It’s not solid. It’s not permanent. The art I choose disappears after it’s played, it goes off into the ether. I love that,” says Granelli.

Jerry Granelli is the sole surviving member of The Vince Guaraldi Trio, who created the celebrated songs for A Charlie Brown Christmas. This month marks the 55th anniversary of the TV program, who many say would not have become iconic without the trio’s jazz music, in particular, Christmas Time is Here.

“There’s nothing like a beautiful melody and a ballad coming together, that harmony of the world coming together at such a pace that you can hear it. It’s not meant to excite you. You’re drawn in… It’s not about anybody…It’s about your life.” 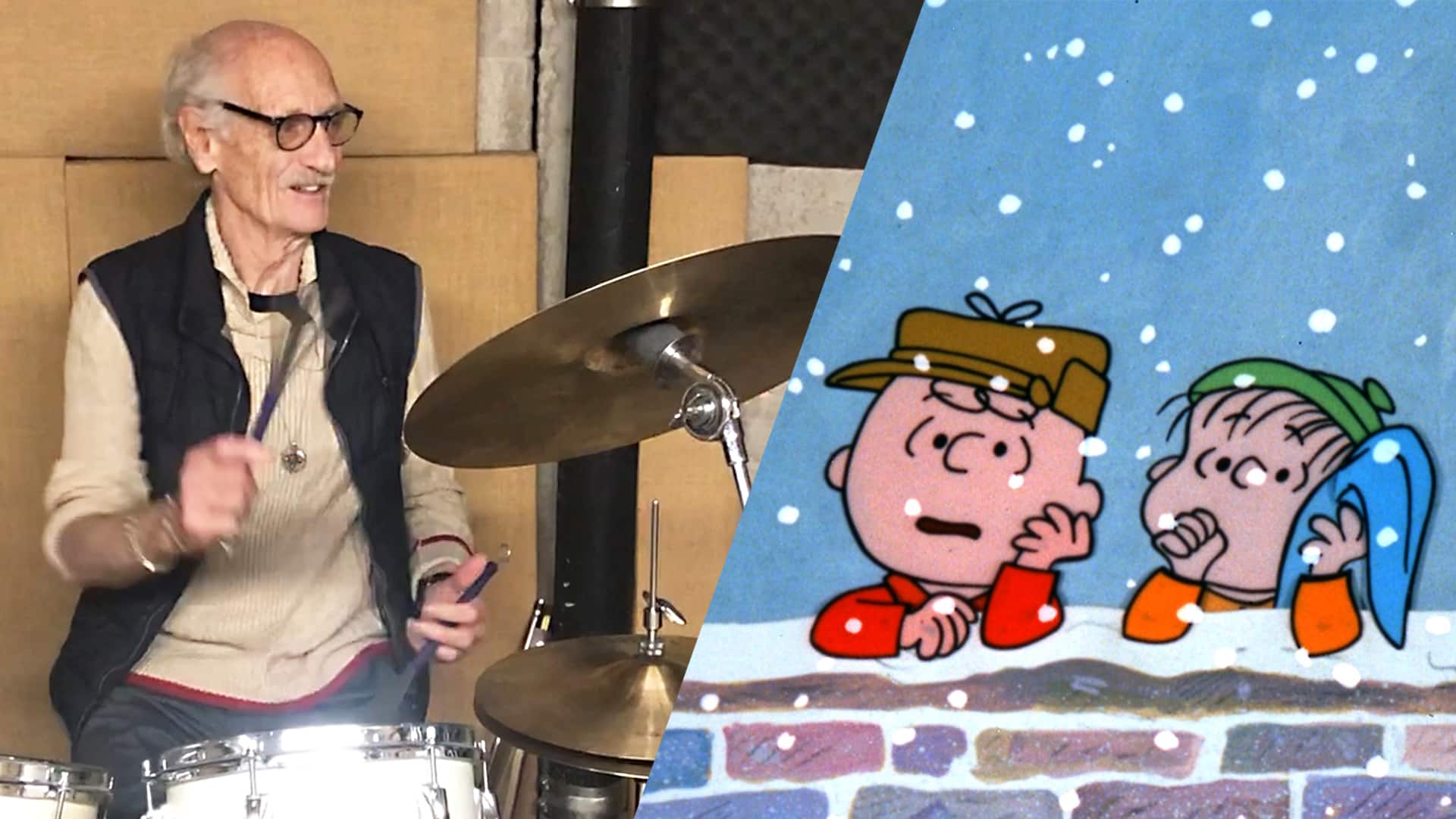 Jerry Granelli, the legendary jazz drummer behind A Charlie Brown Christmas, explains how he wrote some of the rhythm for the 1965 classic holiday special. 2:31

While most people know Granelli for the time he played in The Vince Guaraldi Trio, that was a very short period in his early life.

His musical career that followed is breathtakingly accomplished, including being inducted into The Rock and Roll Hall of Fame for creating psychedelic music. A who’s who of fellow musical and artistic giants have sought his company and music: Jimi Hendrix, Allen Ginsberg, Lenny Bruce, Sly Stone, The Grateful Dead, Miles Davis, to name a few.

These days, Granelli is a devoted Buddhist, free of drugs and alcohol that fueled the sixties music world. His large light, blue eyes speak of much joy and turmoil.

He’s a guy who ends every phone call with: “I love you,” even if it’s your first phone call with him. It’s a pure and brotherly affection from a man, whose authenticity is never in doubt.

Jerry Granelli was born 80 years ago, in a storied time of jazz in San Francisco in 1940. He is first generation Italian-American, from a large, boisterous, working class family. At a very young age, he was a drumming prodigy, winning every music competition.

While other kids were playing ball, he was practicing five hours a day on the drums. At night, when those same kids were tucked in bed, at the tender age of six, he started hanging out at jazz clubs with his father and uncle, listening to Charlie Parker, Count Basie, Duke Ellington, among other greats.

And his talent was recognized by some of the best jazz drummers of that time, who felt compelled to teach him. Joe Morello, a member of the Dave Brubeck Quartet, was his most important mentor. The young Granelli would help set up Morello’s drums, and listen, as the quartet perfected the famous jazz classic: Take Five.

When Jerry Granelli was 22, Vince Guaraldi, already famous, invited the young drummer to become a member of his trio. And Miles Davis, a huge fan of their music, would seek them out at club dates. They recorded A Charlie Brown Christmas in 1965, with Granelli creating the drum parts.

But after only two and half years, at the height of their fame, Granelli left to pursue more innovative music. Free jazz and spontaneous composition.

Jerry Granelli with IDEAS Producer Mary Lynk on not getting lost in the music, and playing free. “You go so far into form, rather than escape it,” he tells Mary. 4:26

Granelli was a key figure in San Francisco’s burgeoning psychedelic music scene in the mid-1960s. Famous rock bands would come to hear him play. At one point, he followed Janis Joplin on stage, and he was then followed by Jefferson Starship. (Grace Slick babysat his kids.)

Jerry toured Europe alongside The Grateful Dead, with his psychedelic group, Light Sound Dimension. There’s little irony that you can reduce the band’s title down to LSD —  the European tour with The Dead could have easily been nicknamed: The Acid Trip.

For nearly 50 years, Jerry refused to play the music from A Charlie Brown Christmas. In fact, for years, neither Granelli or the trio’s bassist Fred Marshall received any credit on the album, or royalties.

“There was some bitterness. It was a great dark joke,” Granelli says.

But eventually that was all remedied, albeit Jerry says it was never about the money or recognition. He had refused to play because he didn’t want to be defined by a moment in time. As well, he wanted to go down more musically courageous, innovative roads.

It wasn’t until 2013, in his 70s, that he was ready to play A Charlie Brown Christmas again. And he began playing the music with his own trio, telling stories to packed houses in North America.

“I had to actually accept it and I had to appreciate it. The joy that it brought people. I had to get my ego out of it,” Jerry admits.

Granelli recently re-recorded Christmas Time is Here on his album, The Jerry Granelli Trio Plays Vince Guaraldi & Mose Allison. It’s a slower version than the classic album, but reflects how it was originally played in the clubs back in the 1960s.

Since the late 1980s, Jerry Granelli has been living in Halifax, Nova Scotia. He has released 25 of his own albums. Up until Covid, he has been teaching drumming and touring the world.

On December 30th, 2020 Jerry Granelli will turn 80. And yet, he can still remember charts, note for note, from his 20s. And he practices regularly, down in the basement of his apartment complex, in what he describes as a “concrete box” that he shares with the building manager.

Granelli’s love of music and creative innovation continues to this day, and is infectious to all who are blessed to be in his company.

This episode was produced by Mary Lynk.