Dovid Yisroel Ber Kaufmann—a Chabad on Campus director, professor of English and Jewish studies, writer, translator, chess coach and passionate Chassid—passed away on March 2 in Houston after a battle with cancer. He was 65 years old.

When Rabbi Zelig and Bluma Rivkin arrived in New Orleans to found Chabad of Louisiana in 1973, one of the first students they met was Dovid Kaufmann.

“He spent many Shabbats and holidays in my house and at the Chabad House, and used to play with me and my siblings, teach us songs and tell us stories,” recalls Rabbi Yochanan Rivkin, a toddler at the time. “When I was a little older, he taught me chess.”

Following their marriage in 1981, he and his wife, Nechama, settled in New Orleans, where Kaufmann taught English literature and Jewish studies.

By 1986, the Chabad operation there had grown, and the need arose for a shaliach devoted to Jewish students at Tulane. The Kaufmanns were asked to become official Chabad emissaries. 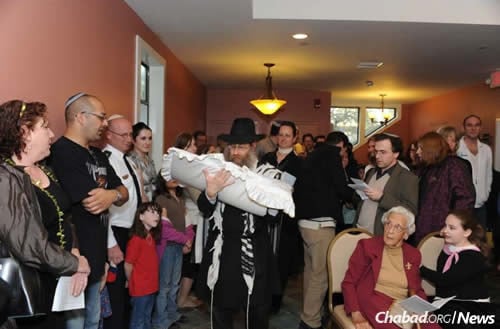 As a campus emissary in New Orleans, Kaufmann oversaw Jewish communal events and celebrations of all kinds.

Their home was close to the Tulane Chabad House and was always full of students, who basked in its homey atmosphere. “He had a tremendous impact on the lives of so many students, who looked to him as a teacher and mentor,” recalls Rivkin, who succeeded him at Chabad on Campus in 1999. “When Sarah and I moved back to New Orleans to work with Tulane Chabad, he served as a mentor and guide, ‘teaching me the ropes’ of a college campus Chabad.”

Kaufmann then turned his attention as administrator of Chabad-Lubavitch of Louisiana to organizing communal events, teaching and fundraising, and focused more on his editing and writing. He took special pride in organizing the annual “Chanukah at the Riverwalk” event, high-profile festivities that included a menorah-lighting, carnival booths and music on the bank of the Mississippi River.

He also coached the Torah Academy chess team, encouraging children to sharpen their skills and strive for excellence. Under his guidance, the team placed second in the state of Louisiana one year. 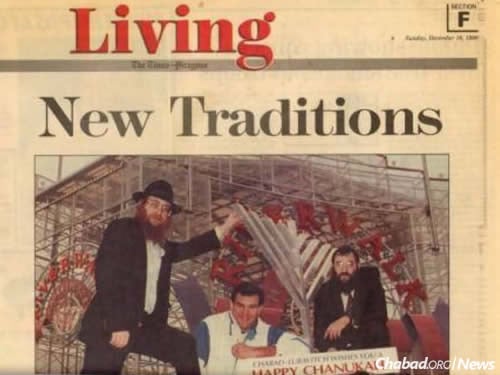 Kaufmann took special pride in organizing the annual “Chanukah at the Riverwalk” event, high-profile festivities that included a menorah-lighting, carnival booths and music on the bank of the Mississippi River.

‘A Profound Influence on Many People’

A prolific writer, Kaufmann translated Besurat Hageulah, a collection of teachings of the Rebbe regarding Moshiach, and anonymously wrote a regular column in L’Chaim Weekly.

He also penned several novels, such as The Silent Witness, Trees & Forest: A Mystery and Assault in Forgotten Alley. His nonfictional output included Reflections of Redemptions, Two Minutes for Torah and Judaism Online: Confronting Spirituality on the Internet.

“His true love was learning, especially Chassidus and the teachings of the Rebbe, which he shared at every opportunity,” recalls Rabbi Mendel Rivkin. “He had a profound influence on many people as an emissary of the Rebbe, teaching and inspiring in his unique manner, and also as a professor of English and Jewish studies at Tulane.” 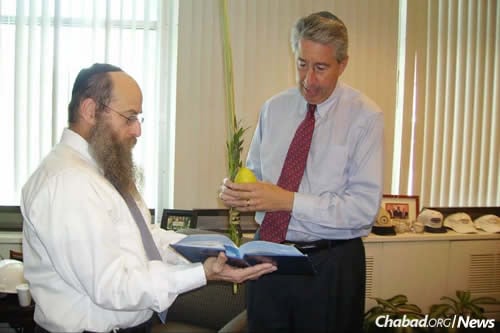 For years, he led a Tanya study group with a diverse group in attendance. His classes on the Rebbe’s sichos (talks) were much anticipated.

Above all, he was a man of truth. “If there was something that he believed in,” recalls his son Rabbi Shmuel Kaufmann of Montreal, “he was not afraid of anything—no barrier was too high, and no pressure was too intimidating.”

He spent most of the past two years in Houston, where he received medical treatment for the illness that would claim his life. As his illness progressed, he continued his weekly study sessions until his strength waned, and even then he would talk about resuming them as soon as he was able. 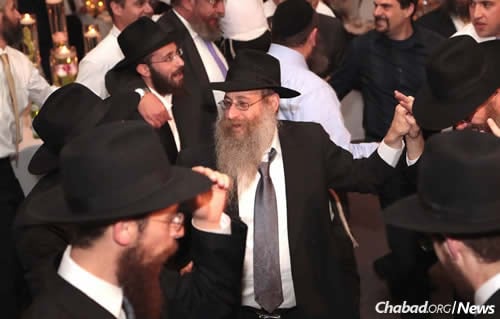 Dancing at a family simcha