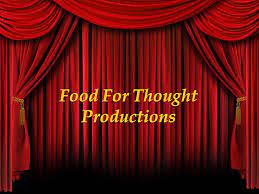 Food for Thought Productions, now in its 22nd year, continues celebrating the oft-neglected one-act play and theatre at its best with Award-winning actors, writers and directors, with a unique production set for its 2023 Season Opener on January 23rd.

Answer: They were all represented by Martin Garbus, described by “The Guardian” as “ one of the world’s finest trial lawyers.”

On January 23rd Food For Thought Productions will present dramatic adaptations based on two of the most important issues facing our country today: Voting Rights and Freedom of Speech. The stories revolve around two of Mr. Garbus’ clients:  Penguin Books and Henrietta Wright.

The First Story, Stabbed Ten Times, takes place in London in the 1980’s and revolves around the book, “The Satanic Verses” by the Indian-born British American novelist Salman Rushdie. “A car slowly pulled up to the curb. I checked the license. The driver nodded to me… He handed me a blindfold…” And so began the journey of Martin Garbus.

The Second Story takes place in Oxford, Mississippi in the 1960’s. The Last Chance Cafe. A black woman, Henrietta Wright was arrested for not stopping at a stop sign. She was beaten, committed to a mental hospital and then sent to prison. And the reason for her arrest had nothing to do with a traffic violation!  Her crime—registering to vote on August 26, 1965, twenty days after The Voting Rights Act was passed!

Following this compelling program Martin Garbus will be on hand for a riveting Q&A with the cast: Zach Grenier (“The Good Wife”, “Fight Club” and “Twister”), Darlene Hope (“FBI”), and Larry Pine (“The Royal Tenenbaums”, “Vanya On 42nd Street”, “House of Cards”), along with director Antony Marsellis (Tennessee Williams’ “The Pretty Trap” and A.R. Gurney’s “The Love Course”), and FFTP Founder and Award-winning playwright Susan Charlotte.

As a special treat, Martin Garbus will be bringing along copies of his book “Ready For The Defense” which will be presented to audience members as gifts.

This FFTP Production of Marty Garbus’ work is just the first in a series titled, All The Court’s A Stage, which will revolve around his cases including: Lenny Bruce, Nelson Mandela, Andrei Sakharov, Samuel Beckett and the Ukraine.

The January 23rd, 2:00pm performance, directed by Antony Marsellis, will be available live via Streaming as well as in-theatre audience. The FFT series is presented at Theatre 80 St. Marks. Tickets for the ‘live’ performance are $65, and with discounted code FFTP tickets are $45. For additional information and zoom tickets please contact FFTP at: 646-366-9340 or email:  info@foodforthoughtproductions.com

Food for Thought bring food back!  Beginning in the New Year, FFTP will present shows at its current venue—Theatre 80 as well as a former venue—3 West Club—with fabulous buffett lunches (starting with the Spring performances). Lunches were always part of the FFTP program until COVID wiped out everyone’s appetite.

For additional information and tickets please contact FFTP at: 646-366-9340 or email:  info@foodforthoughtproductions.com