Leonard “Lenny” Bruce Parks, Sr., Miskwaankwad which means “Red Cloud”, age 54, of Cass Lake, MN and the Bear Clan, journeyed to the spirit world on Thursday, December 30th, 2021, from the Sanford Hospital in Bemidji, MN. He was born on August 28, 1967, in Cass Lake, MN the son of Charlotte (Pruett) and James Robert Parks.

Lenny enjoyed riding motorcycle, golfing, going to the casino, dancing at powwows, stock car races, fishing, and above all else spending time with family and friends. He loved his children, grandchildren, his USA family, and his Canada family. He was such a humorous man and was a people person. He never met a stranger. Although he was sick, one would never know he was in pain, he hid that well. He was always smiling and stopping to talk with people. Our hearts are broken but we know he is no longer in pain, that he is at peace, and he will always be in our hearts. He was a loving father, husband (his wife’s hero), brother, teacher, and friend. He will be missed by all who knew him.

Lenny’s care has been entrusted to Northern Peace Funeral Home of Walker, MN. Online condolences for the family may be left at http://www.northernpeace.com 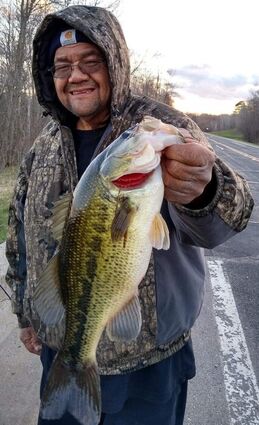