Well, here’s a Jew who wrote a terrific Christmas song, probably one of the most popular Christmas songs of all time! “Chestnuts roasting on an open fire, Jack Frost nipping at your nose,

Yule tide carols being sung by a choir, and folks dressed up like Eskimoes.”

That classic was composed by singer Mel Torme. It is titled “The Christmas Song.” He was so very special and, of course, Jewish.

(We certainly are musical people!)

I read this in the World Jewish Congress digest and pass it along:

“During the Holocaust, Nazi Germany and its multinational accomplices were responsible for perpetrating the murder of millions of people, including 6 million Jews. This is an indisputable fact. While the Polish government has struggled to acknowledge the crimes of local Poles and various Polish groups during that darkest time, the systematic destruction of Polish Jewry during the German occupation cannot be attributed to Polish society or the vanquished Police state.

In response to the international controversy arising from a piece by MASHA GESSEN, published by the New Yorker back on March 26 (of this year), World Jewish Congress President Ambassador RONALD S. LAUDER, who has long been deeply involved in the preservation of Holocaust memory generally and of the Auschwitz Birkenau death camp in particular, said “It is most unfortunate that in seeking to draw attention to the Polish government’s problematic confrontation with the tragic history of wartime Polish-Jewish relations, Masha Gessen implies that Poles (not Germans) were the prime perpetrators of the Holocaust. This historically false characterization should not have found its way into the pages of the New Yorker or any publication, and it should be evident to all that the genocidal killing of Polish Jews during World War II was masterminded by the German Third Reich, not Poles. “To be sure, there were Poles in German-occupied Poland who aided and abetted in the Nazi oppression of Jews and in some cases even in the killings. Others risked their lives and those of their family members to rescue their Jewish neighbors. When discussing history, the precision of language and facts is essential. Whatever the extent of local participation, Poland cannot be held accountable for masterminding the plan to wipe out Polish and European Jewry, which was pursued by the Germans with ruthless zeal.

Polish forces fought the Germans from the first day of the war until the last, on many fronts, and the Polish government in exile in London did a great deal to make known to the wider world the terrible slaughter of Jews taking place in occupied Poland and to alleviate their plight. These contributions must never be forgotten, even as we continue to press the Polish government to desist from interfering with the work of historians who seek to chronicle the truth.”

(I never liked the group, but I honestly didn’t know exactly why.)

Hamas is driven by a racist and genocidal ideology, which incorporates Nazi-style antisemitism (Now I know why!)

The goal of Hamas is to murder Jews, destroy Israel, and replace it with a brutal regime of religious supremacy.

I refer to EVELYN COHEN, a sweetheart of a gal, who is very proud of her grandsons, as she should be!

Her two grandsons, KEITH and MASON, recently graduated from high school with high honors and both were recipients of the Florida Academic Scholarship Award.

Keith is the son of MARTIN and JENNIFER COHEN of Bradenton. He graduated from Braden River High School in Bradenton and will be entering FSU in the fall. He was accepted into a very specialized Film Production and Editing program FSU offers where they only accept a very limited number of students into this program. He also received a $10,000 scholarship along with this acceptance and he won another $1,000 scholarship from a local civic organization for his artwork.

Mason is the son of HEATHER and KEVIN GRAY of Lake City, Fla.

Mason graduated from Columbia High School in Lake City and will be entering Flagler College in St. Augustine in the fall.

Mason will be following his love of baseball where he will be playing baseball for the Flagler Saints.

Needless to say, this Granma is very proud of her two boys.

The other day I had lunch at 310 Park South on Park Avenue in Winter Park with one of my sons.

The food was great! The atmosphere was great! And the service was great! But absolutely outstanding was PAULA ROSE, not our waitress, but so caring of our comfort, she kept asking if there was anything she could do to make me and my son comfortable. Did I need anything?, she wanted to know when she noticed in passing my table, that I was upset at not having a cracker and butter or something to take with my many pills before lunch was served.

(Again, my waitress was fine … but to have another waitress also caring about me and my comfort, was sublime.

I plan to return for lunch very, very soon!)

One for the road …

A little old man was sitting on a bench at Lake Eola. He was crying. An Orlando police officer spotted him and went over. 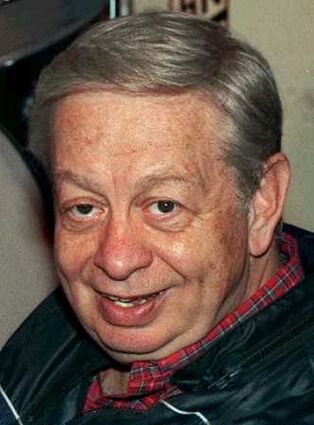 “What is wrong, sir,” he asked the old man. “Can I help you with something?”

The old man responded thru his many tears, “I am married to a very young, pretty lady who cooks for me, cleans the house and makes wonderful and fulfilling love to me.”

“This doesn’t seem like a reason to cry,” the officer said.

The old man responded, “Yes, I know … but I forgot how to get home!”