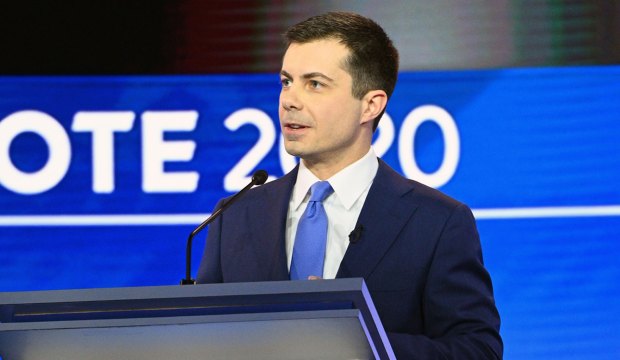 Politics makes strange bedfellows, but so does television. Naturally, politicians and media go hand in hand since they use media to promote their agendas, but even with that in mind this year could bring an especially bizarre crossover between the two worlds: Pete Buttigieg could be nominated for Best Comedy Guest Actor for “Jimmy Kimmel Live!”

Buttigieg, of course, is not well known for comedy or acting. The former mayor of South Bend, Indiana, rose to national prominence when he ran for the Democratic nomination in the 2020 United States presidential election. He would have made history as the first openly gay presidential nominee for a major political party, and he also would have been the first millennial to earn a presidential nomination — he was born in 1982.

SEEEddie Murphy vs. Lenny Bruce? A pair of stand-up guys may duke it out in the Emmys’ Comedy Guest Actor category

Alas, that didn’t work out. He dropped out of the race on March 1 and endorsed his opponent Joe Biden, who eventually clinched the Democratic nomination. So what’s an ambitious young politician to do as his plan B? Host a late-night talk show, naturally. While Jimmy Kimmel was shooting “Who Wants to Be a Millionaire,” Buttigieg filled in as a guest host for an episode of his show featuring Patrick Stewart, Tony Hale and musical guests Jhene Aiko and Miguel.

For his efforts, Buttigieg has been entered for Emmy consideration as a comedy guest actor. Variety show performers compete in comedy categories at the Emmys ever since the television academy got rid of its category reserved for variety performers. And Buttigieg is not the only one. Oscar winner Brie Larson has also been entered for Emmy consideration as a guest host on the show. And the late, great Fred Willard is competing directly against Buttigieg for appearing on “Kimmel” in a comedy sketch as the CEO of a company that produces a drug called “Big Penis.” Strange bedfellows indeed.