Lenny Bruce may be a name many people today don’t know but they should know him because his critical thinking is still very refreshing and relevant to today’s world. He was a satirist and standup comedian who got into trouble over the use of banned swear words, things that are not an issue today. He pushed the envelope to make us think and the play helps him still do that today

You don’t have to be a standup comedian to appreciate the life of comic, social satirist and stage legend Lenny Bruce.

Bruce died in 1966 but his unique perspective on American life remains unique and very pertinent. Bruce got himself in much trouble when he use profane language, something that is taken for granted in society today. But back in the 1960s, using the “F-word” or criticizing Jesus or describing sex as something good not bad when telling someone to “go f-word yourself” on a public stage could na would get you arrested and jailed.

His real name was Leonard Alfred Schneider, and Bruce was a part of the growing counter-cutter as it was called in the 1960s. The younger generation and social commentators at the time were driven by the growing popularity of rock and roll music and the use of drugs. There was a focus on intense thinking and rationale, as the country was racked by the violence of the Vietnam War and the killing of more than 66,000 men who served overseas. 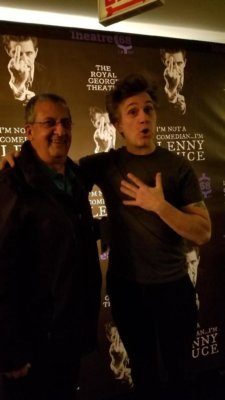 The author Ray Hanania with playwright and actor Ronnie Marmo following his brilliant performance in “I’m not a Comedian … I’m Lenny Bruce” at the Royal George Theater in Chicago. Photo courtesy of Ray Hanania

Bruce is the subject of a theatrical performance that began in Los Angeles and is now playing in Chicago at the Royal George Theatre’s Theatre 68 under the title “I’m not a Comedian … I’m Lenny Bruce.”

“I’m not a Comedian … I’m Lenny Bruce.” ran for  115 performances in Los Angeles and for 9 months Off Broadway to massive media attention, critical acclaim and dozen upon dozens of rave reviews, according to the show’s website at www.LennyBruceOnStage.com.

An LA Times’s Critic’s Choice, this look at the life and battles of the most groundbreaking and impactful comedian of all time, Lenny Bruce, not only draws from his many court battles championing the freedom of speech but also includes many of Bruce’s original comedic bits and insights from his own writings, masterfully woven together by the show’s creator and star, Ronnie Marmo and expertly directed by Tony Award winning stage actor, film and television star, Joe Mantegna.

The show is entertaining from the opening moments through the very end. Marmo recreates Bruce and shares snippets of the acerbic commentary about society at the time that made Bruce famous and infamous. 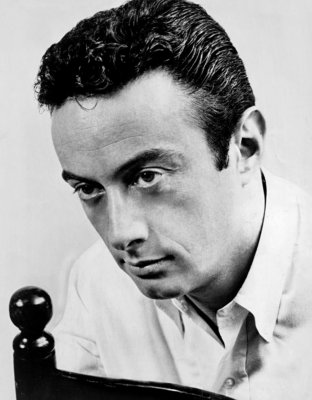 Writes Marmo in the Theater’s Play Book, “While Lenny technically died of an overdose of morphine, I believe he died of an overdose of police. They hounded tis man because he pushed the envelope. To say he was ahead of his time would be an understatement. Yo me, he was a prophet. When society is threatened by you, they kill you. I believe there are two times when someone dies. First, when you physically die. And then, when they stop talking about you.”

In “I’m not a Comedian … I’m Lenny Bruce,” Lenny Bruce lives on thanks to a brilliant performance by Marmo, great stage directing by Mantegna and in the Lenny Bruce Foundation set up by his daughter and producer herself, Kitty Bruce, in 2008, to combat alcohol and drug addiction with student scholarships and education. You can get information on the Foundation at www.LennyBruce.com.

I thoroughly enjoyed the play and Marmo’s performance. I grew up hearing about Bruce in the 1960s at Bowen High school and when I entered standup comedy as a strategy to introduce Palestinian and Arab Americans to Jewish and American audiences the right way after the terrorism of 2001. He was an inspiration. But you don’t have to be in comedian to appreciate his reasoning about American life. What happened to America in the 1960s is happening against today and Lenny Bruce’s satire brings clarity to today’s contentious world. Freedoms are at stake and it’s not just about politics.

I saw Lenny Bruce as a fighter, someone who challenged the system. But honestly, I have to say I truly did not fully understand him until I saw the show which captures the essence of who he really was and what he actually did through intensely intelligent commentary that is sometimes wrapped in humor but always clothed in irony. 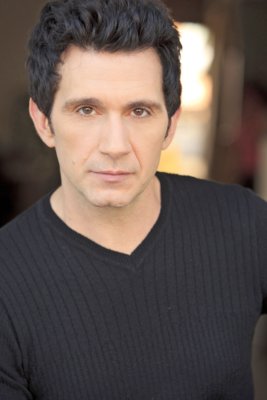 The performance has been extended through March 22 so there is time to get tickets and enjoy this important brick in the foundation of today’s freedoms. The website to get information and tickets on the performance is www.lennybruceonstage.com.

Hanania also writes about Middle East issues for the Arab News, and The Arab Daily News criticizing government policies in the Israeli-Palestinian conflict.

A critic of mainstream news media bias, Hanania advocates for peace & justice for Israel & Palestine, & the empowerment of Arabs in America.

Hanania’s columns are archived on his personal website at RayHanania.com. Hanania was named “Best Ethnic American Columnist” by the New America Media in November 2007, and is the 2009 recipient of the SPJ National Sigma Delta Chi Award for column writing.