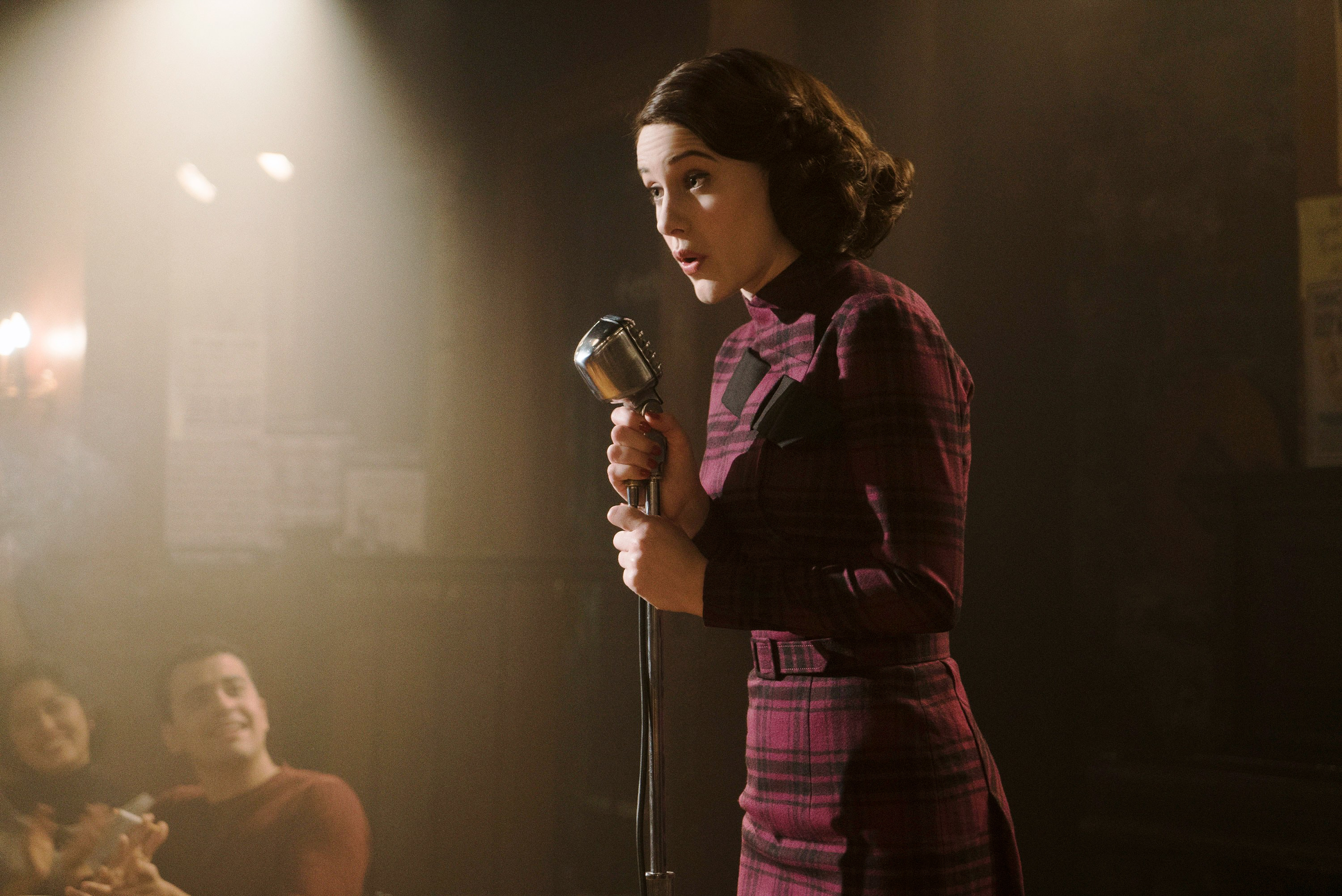 This line, delivered by 26-year-old Jewish socialite Miriam “Midge” Maisel (Rachel Brosnahan), is the kind of timelessly relatable humor that characterizes the best moments of “The Marvelous Mrs. Maisel.” The first season of the show, a product of “Gilmore Girls” creator Amy Sherman-Palladino and her husband Dan Palladino, premiered on Amazon on Nov. 29, and has since earned a handful of Golden Globes, as well as prime billing in the email chains of Jewish grandmothers across the country.

The dramedy is set in 1950s New York and follows Midge as her life as an Upper West Side housewife is suddenly blown apart when her husband, Joel, an aspiring—and failing—comedian (Michael Zegen) leaves her and their two children to pursue a relationship with his secretary. In a drunken stupor, Midge wanders into The Gaslight, the club where Joel performs, and ends up delivering a spontaneous, raucous, and hilarious set inspired by her new life circumstances. The club’s manager, Susie Myerson (Alex Borstein), immediately recognizes Midge’s incredible comedic potential. Yet one thing leads to another and Midge’s night ends with her being hauled out of the club by policemen. With this stunningly quick fall from grace, Midge struggles to reconcile her familiar identity as a dutiful middle-upper class wife with the outrageous persona that she has created on stage.

Meanwhile, Midge and her children move into the home of her overbearing mother Rose (Marin Hinkle) and emotional father Abe (Tony Shalhoub), who are both devastated at the rupture of Midge’s marriage and her decision to enter the workforce. Midge is initially reluctant to pursue comedy, but with Susie’s pressure returns to The Gaslight and discovers that her initial beginner’s luck was no fluke. Although Susie lacks any managerial experience, she possesses the determination and crucially, chutzpah, to advance Midge’s career. Susie works tirelessly with Midge to perfect her routine, although she often bombs painfully in the process. Eventually, however, Midge begins to get consistent laughs. All the while, Joel has left his secretary and tries to return to Midge, who, with a sense of newfound confidence, refuses to take him back.

The season’s climax takes place when Midge spontaneously decides to roast the famous comedian Sophie Lennon, causing her to be blacklisted across the city. She also spends the night with Joel, leaving their relationship on uncertain territory. In a pivotal scene, the well-known comic Lenny Bruce helps Midge to get around the blacklist and back on stage. Joel discovers the new life that Midge has been living, and arrives drunk and angry to The Gaslight in time to see her achieve smashing success.

In many ways, “The Marvelous Mrs. Maisel” is comparable to “Gilmore Girls.” They share incredibly fast-paced dialogue, hilariously neurotic parents and a penchant for witty one-liners. Like Sherman-Palladino’s prior hit, “The Marvelous Mrs. Maisel” also boasts a cast driven by strong women, particularly with the role of Susie, who Borstein portrays as newfangled and effortlessly funny. This provides overwhelming proof that it is possible to write a convincing feminist premise into a traditionally sexist setting, such as 1950s America.

Like “Gilmore Girls,” though, “The Marvelous Mrs. Maisel” is fun to watch not necessarily because it’s funny. For a show about a stand-up comic, the jokes can sometimes come off more Hebrew school talent show than Mel Brooks. Brosnahan possesses excellent timing and apt goofiness, but not always enough sarcastic wit, particularly in comparison to the much messier and more relatable Borstein.

The show gains the bulk of its most effective humor from Midge’s own circumstances and not from her Jewishness. Although it features several synagogue scenes and plenty of pastrami jokes, unlike shows such as “Transparent” and “Broad City” that capture the dark humor and secular cultural idiosyncrasies that often speak to a modern Jewish audience, “The Marvelous Mrs. Maisel” at times seems like it is trying too hard to seem Jewish, with little narrative payoff.

The show also falters in its halfhearted attempts to be politically relevant. It certainly includes some effective depictions of an age of censorship, especially the ways in which women’s voices and bodies were suppressed through expectations to conform. However, like “Gilmore Girls,” “The Marvelous Mrs. Maisel” is often tone-deaf on issues of race, such as when Midge literally pushes one of the few people of color in the show offstage in order to perform.

Ultimately, the show is a great escape and often incredibly clever, if not groundbreaking. Brosnahan is warm and convincing as Midge, and exchanges hilarious repartee with her parents and the rest of the strong supporting cast. The polished, gorgeous settings and cinematography make you feel like you are in a slightly dreamlike version of New York City. While “The Marvelous Mrs. Maisel’s” jokes are sometimes hit-or-miss, like Midge’s routine, something about the show’s irreverence and the comforting nature of its characters draws you in. “The Marvelous Mrs. Maisel” is the perfect show to watch if you are overwhelmed by your own life and want to be immersed in someone else’s dramatic—if somewhat juvenile—problems. The show is set to start filming its second season this March and may even feature an appearance by Lorelai Gilmore (Lauren Graham) herself.