Lenny Bruce’s papers will be available to the public, as Brandeis hosts a two-day conference about his significance. 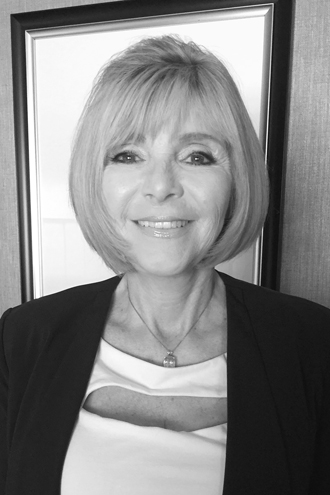 Kitty Bruce was just 11 when her famous father – comedian, satirist and cultural critic Lenny Bruce – died of a drug overdose at age 40 in 1966. While many popular comedians who preceded him stuck with bland fare designed not to offend, Bruce was a leader in a new vanguard of comedians who pushed the envelope with sometimes-profane routines that skewered the hypocritical elements of society. He was repeatedly arrested for obscenity and was convicted in New York City; his death came shortly before his appeal was set to begin. He was pardoned posthumously in 2003 and has been an inspiration for numerous comedians; his struggle made him a hero to champions of free speech. Alexander Wohl ’83 examined Lenny Bruce’s life and legacy in an article in Brandeis Magazine.

For years, Kitty Bruce protected her father’s papers, photographs and other materials in her own home; two years ago, a generous gift from the Hugh M. Hefner Foundation made it possible for Brandeis to acquire and preserve the papers. On Oct. 27 and 28, Brandeis will open the collection with the symposium “Comedy and the Constitution: The Legacy of Lenny Bruce,” which will feature a conversation with Kitty Bruce and a keynote address by Christie Hefner ’74, trustee of the Hugh M. Hefner Foundation.

Kitty Bruce spoke with BrandeisNOW ahead of the symposium and opening of the collection.

BrandeisNOW: How does it feel to know that your father’s collection has been conserved and will be available to the public?

Kitty Bruce: I feel excited, grateful and relieved, very relieved. Now I don’t have to worry about my dad’s archive falling apart and getting old and disappearing. The ink was starting to go on the letters, and that was a big, big concern of mine. These irreplaceable materials are now kept in a suitable environment where they’ll be preserved. And having them go to Brandeis – I feel like I hit the motherlode, it’s incredible. I’m so excited.

BNOW: Why did Brandeis feel like the right place for the collection?

KB: When I was thinking about a home for the collection, I heard the story of the chapels on the Brandeis campus, that they were built to the specification that when the sun set, no one chapel overshadowed the other. And I thought to myself, wow, this is a sensitive university with heart – a lot of heart. When I heard that, that was it. And then I found out that some of Albert Eintsteins’ papers were there and some early William Shakespeare materials were there and I said ‘My dad’s in really good company!’

BN: When do you think you became aware of your father’s significance in American comedy and pop culture?

KB: There was a big switch in sentiment from the time I was young in elementary school and middle school. I would get comments from other children like “my mom says I can’t talk to you because your daddy goes to jail and says bad things.” Then all of a sudden the movie “Lenny” came out, and everybody wanted to be my best friend. I suddenly saw that he was a big deal! Years had to go by.

It wasn’t until I really went through the archive that I really got to know my dad on a number of levels. In a way it was a gift – I couldn’t have him explain these things to me but I could read about them – like in his letters to my grandfather. It’s just really sweet.

BN: Do you ever watch or listen to any of your dad’s routines? Do you have a favorite?

KB: I would say it’s a tie between “Father Flotsky’s Triumph,” and “Religions Inc.”

BN: What are some of the ways you’ve kept your father’s memory alive?

KB: I wanted to honor my father’s memory in a way that would change lives. I founded the Lenny Bruce Memorial Foundation in 2008, and what we do is we give lifesaving scholarships to those who are in need of treatment for drug and alcohol treatment and do not have the funds to pay for it. I would also like to help support people in recovery in gaining basic life skills when they exit treatment. When you get clean and sober, they don’t give you a handbook – even things like grocery shopping can be overwhelming.

I was extremely proud this year when Da Capo Press re-issued my father’s book “How to Talk Dirty and Influence People: An Autobiography.” A new generation can pick up the book, and a portion of the proceeds will go to the Lenny Bruce Memorial Foundation. With the book coming out and the collection at Brandeis both opening in the 50th year since his passing, it’s gratifying to see my father’s life and work introduced to an even broader audience.