George Shapiro, the deeply respected talent manager, producer and co-founder of Shapiro/West & Associates, died Thursday evening of natural causes at his home in Beverly Hills. He was 91.

Along with his partner and childhood friend Howard West, Shapiro was personal manager to comedy greats Jerry Seinfeld, Andy Kaufman and Carl Reiner, among others. He and West would go on to executive produce Seinfeld, one of the top comedy series of all time.

Born in New York, Shapiro spent summers during his teenage years as a lifeguard at the Tamiment Resort in the Poconos, where he met performers like Dick Shawn, Pat Carroll and Carol Burnett, singer Barbara Cook, and choreographer Herb Ross. That’s when he also got to know talent agents.

“These guys came up … I didn’t even know what an agent was, but they came to see the show, to talk to the girls, talk to the comedians,” said Shapiro in a past Television Academy Foundation interview. “I said, ‘This is your job? To watch the show, to have a nice dinner, to come to a resort with a lake? I have to look into that.”

After graduating from NYU and a stint in the Army, Shapiro got an interview for a job in the mailroom at William Morris in New York through his uncle, Carl Reiner. He became a junior agent, making $38 per week, in the packaging department at the agency but stayed close to comedy, seeing Lenny Bruce, Mike Nichols and Elaine May, Phyllis Diller perform in New York. He also recruited his PS 80 friend West to join him at the agency.

After several years, Shapiro started to recognize that the big comedy shows and productions were moving to Hollywood. So he started a rumor at William Morris that he was going to be sent to the Los Angeles office. The rumor became a self-fulfilling prophesy, and Shapiro brought West with him as he moved cross country.

In Los Angeles, he became a packager of television programs, including The Steve Allen Show, That Girl, and Gomer Pyle USMC. He also put together a number of specials for Dick Van Dyke, Mary Tyler Moore, and Carol Channing that helped to catapult many of the cast members to superstardom.

In 1973, Shapiro decided he wanted to become a personal manager in order to develop deeper relationships and producing partnerships with clients, so he left William Morris and opened a management company, later bringing West with him. Shapiro/West Associates was born. 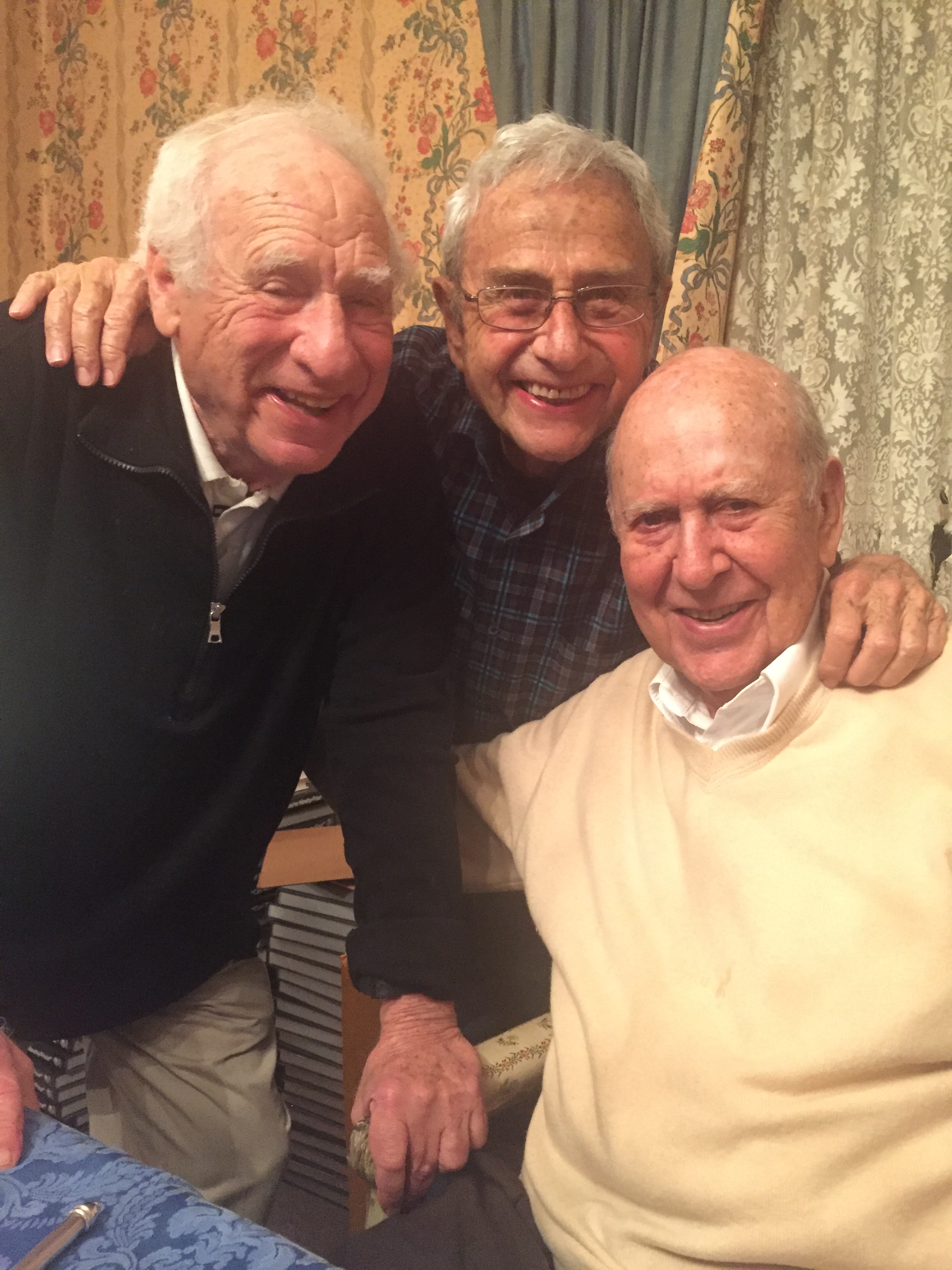 Shapiro managed Andy Kaufman for many years and executive produced the comedian’s specials like Andy Kaufman at Carnegie Hall for Showtime and The Andy Kaufman Special for ABC. He was also behind several other comedy specials for TV, including: Showtime’s Broadway Baby with Elayne Boosler; HBO’s Stand-Up Confidential starring Seinfeld; and Reiner and Mel Brook’s animated milestone The 2000 Year Old Man.

Shapiro also executive produced Man on the Moon with West that starred Jim Carrey in the role of Andy Kaufman. While Danny DeVito was cast as George Shapiro in the Milos Forman film, Shapiro played the role of Mr. Besserman, a club owner who fired Kaufman early in his career, while West portrayed a hard-nosed network executive.

“George was one of the sweetest guys on the planet,” DeVito said in a statement. “We got to see that smiling face every Friday night during the “Taxi” days. He never missed a show. Peace brother.”

Other feature films produced by Shapiro include Comedian, Summer Rental and Summer School. He also produced documentaries like The Bronx Boys and If You’re Not in the Obit, Eat Breakfast that was hosted by Reiner. He is also the producer of the HBO documentary The Bronx, USA, which celebrated his hometown.

In recent years, Shapiro executive produced Seinfeld’s Comedians in Cars Getting Coffee, and Seinfeld’s Netflix comedy standup specials Jerry Before Seinfeld and 23 Hours to Kill. His final produced film was the 2021 The Super Bob Einstein Movie for HBO, about the life of the late actor and comedian Bob Einstein.

Shapiro was also a founding member of the National Comedy Center’s Advisory Board. “We are deeply saddened by the passing of our friend George Shapiro,” said Executive Director Journey Gunderson in a statement. “Beyond his extraordinary achievements as a manager and producer who guided the careers of major comedy talent,  George was a founding Advisory Board member of the National Comedy Center. He believed deeply in our mission to celebrate and preserve comedy’s heritage, and we were thrilled to welcome him to our grand opening events. We will miss him dearly.”

One of the dearest people I have ever known, George Shapiro, just passed. I bless our friendship and, at 99, I’m sure I’ll see him relatively soon. pic.twitter.com/3JGipf1P93