Following his successful recent new exhibit opening at Hawaii’s Holle Fine Art gallery at 839 Front Street in Lahaina,HI on the island of Maui, during which legendary pop artist Ruby Mazur debuted his latest work “Rock-n-Roll Last Supper”, a massive five by twelve foot oil on canvas that was three years in the making. The two-day grand opening took place on Friday, February 26th and Saturday, February 27th while the exhibit will now run through the spring.

Just these last few weeks, several of his original oils on canvas have sold, along with “Rock-n-Roll Last Supper” color prints and of many of his works on special edition giclee prints. Throughout this latest exhibit, Mazur continues to create and was inspired by recent enthusiasm from many fans of his work, which translated into a new technique he now developed to convey the concept of hearing and feeling the music through his paintings; using movement, energy, unique brush strokes and extremely vibrant color to almost bring the painting to life. The striking results are now what Mazur calls his “High Volume” Pop Art. 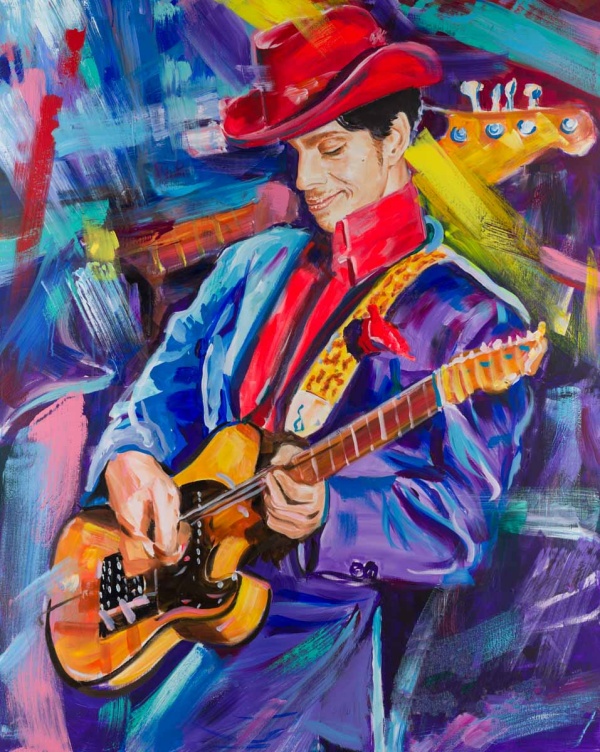 He immediately immersed himself in this new process, creating “High Volume” Pop Art images of Prince, Steven Tyler, Elton John, Bruno Mars and Tom Petty, with more to follow in the coming weeks. Plans are now in the works for a separate “High Volume” Pop Art exhibit, while Ruby Mazur is also now co-producing a documentary on his years as an artist, interviewing long-time collectors including one who has over 30 of his original paintings, footage of Mazur at work in his studio and interviews with his rock-n-roll friends like Bon Jovi drummer Tico Torres and legendary producer Nile Rodgers.

His original paintings, in which he uses both oil and acrylic, are also available as open edition fine art giclée on canvas prints which are hand-embellished and signed by Mazur, most available in three varied sizes; 18” by 24”, 24” by 30” and 30” by 40”. Prices and dimensions on the original paintings are upon request.

Ruby Mazur, raised in New York City, has been living and working in Maui for the last fifteen years and launched his early career in pop art and graphics at age 21as Art Director of Paramount Records. That first year he received a Grammy award nomination for his design on the “CrowFoot” album cover, while he is probably best known as the creator of the original “mouth & tongue” image designed for The Rolling Stones, first used on the “Tumbling Dice” record sleeve in 1972. 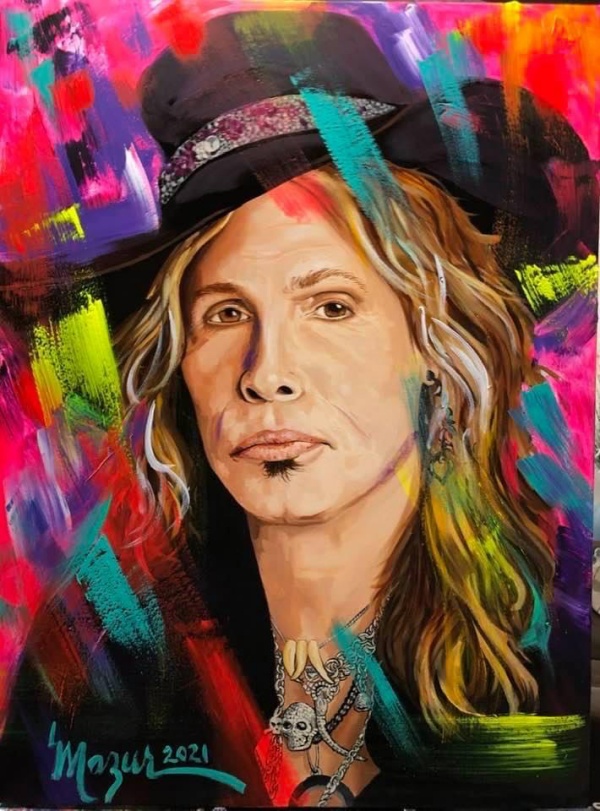 Over the past 45 years, his innovative & influential artistry has been displayed in galleries around the world. His outrageous and trend setting designs have since graced over 3,000 album covers for the likes of Elton John, Billy Joel, Ray Charles, Sarah Vaughn, Van Morrison, Jim Croce Jimmy Buffett, B.B. King and countless others, in addition to movie soundtrack covers including “Love Story”, “Willy Wonka and the Chocolate Factory”, “Malcolm X” and “Lenny Bruce”.