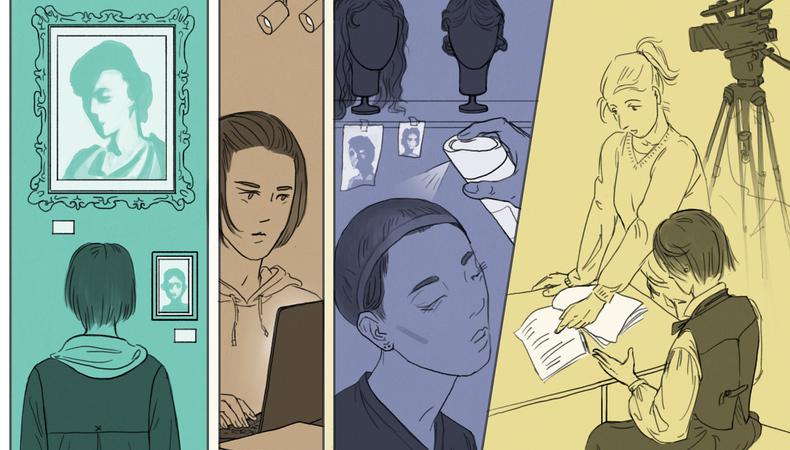 Ever wonder how a casting director casts an actor for a project about a real-life figure? Speaking with my Emmy-winning casting director colleagues Meredith Tucker and April Webster, it soon became clear that it’s an intricate process that involves considerable research and thinking outside the box.

When casting a project about real people, what is your process?
Meredith Tucker: I like to get reference photos to see what the person actually looked like in the time frame in which we’re casting them. And, depending on whether the figure’s voice is something the public would be very familiar with, like Lenny Bruce on “The Marvelous Mrs. Maisel,” historical footage is helpful, as well.

April Webster: Our process is to collect as much material on the people as possible: pictures, interviews, and transcripts. I then create a board or a book with clippings and pictures. The film “Anonymous” was a project about whether or not the Shakespeare plays were actually written by Edward de Vere, the 17th Earl of Oxford—a popular theory. In that case, we had to look at portraits and other historical materials to get a sense of the temperament and style of the person.

How to Get Cast on ‘The Marvelous Mrs. Maisel’

Do filmmakers usually want actual doppelgängers, or do you depend on makeup and prosthetics?
MT: It’s a mixture of both. On “Vinyl,” we had to cast a 1973 David Bowie. Bobby Cannavale suggested Noah Bean, who happens to be a dead ringer for Bowie, but more circa 1983. Through prosthetic teeth, wigs, makeup, contact lenses, and weight loss on Noah’s part, he was really transformed. He looked remarkable.

For “Maisel” and the casting of Luke Kirby as Lenny Bruce, we actually auditioned an actor who physically looked more like Lenny; but Luke was able to fill out the role in a way that the producers saw a future with this character. And all that was needed with him from a physical standpoint was some hair styling and costuming.

AW: For “Tonya & Nancy: The Inside Story,” we had a huge board with newspaper clippings and pictures of all the main players, including Tonya [Harding]’s mother, boyfriend, etc. We did our best to find actors that looked like the real people. Some prosthetics were used on Alexandra Powers’ nose to look more like Tonya. Both actresses could skate but went through the training process. It is more than just looking like the person; you want to get the essence of them if you can.

For the actor, what is their process for creating their character?
MT: Some do a lot of historical research and use footage to get specific verbal intonations down. Frequently, with the less-known historical characters, we don’t necessarily end up with a look-alike. And many times, the narrative isn’t historically accurate, but some actors still like to do the research to help fill out their characterization.

AW: When I cast “Anonymous,” the people were no longer alive, so we had more leeway casting the parts. But we do our best to present the best possible interpretation.

This story originally appeared in the Dec. 17 issue of Backstage Magazine. Subscribe here.

Looking for remote work? Backstage has got you covered! Click here for auditions you can do from home!

Known for her work in film and television, producer and casting director Marci Liroff has worked with some of the most successful directors in the world. Liroff is also an acting coach, and her three-night Audition Bootcamp has empowered actors to view the audition process in a new light.