Detours, Diversions and Escapes to Surreal Places and Times Long Past

Traditional network TV and even some venerable cable networks have been having a hard time lately holding on to viewers. The television audience is increasingly becoming fractured into hundreds of mosaic bits with each fragment representing some micro-interest. Never have there been so many choices of series and mini-series to watch. The profusion of offerings however isn’t necessarily a guarantee of quality or worth hours of your time. In an attempt to separate the binge-worthy from the worthless, here are some recommendations for couch-deserving  programs. 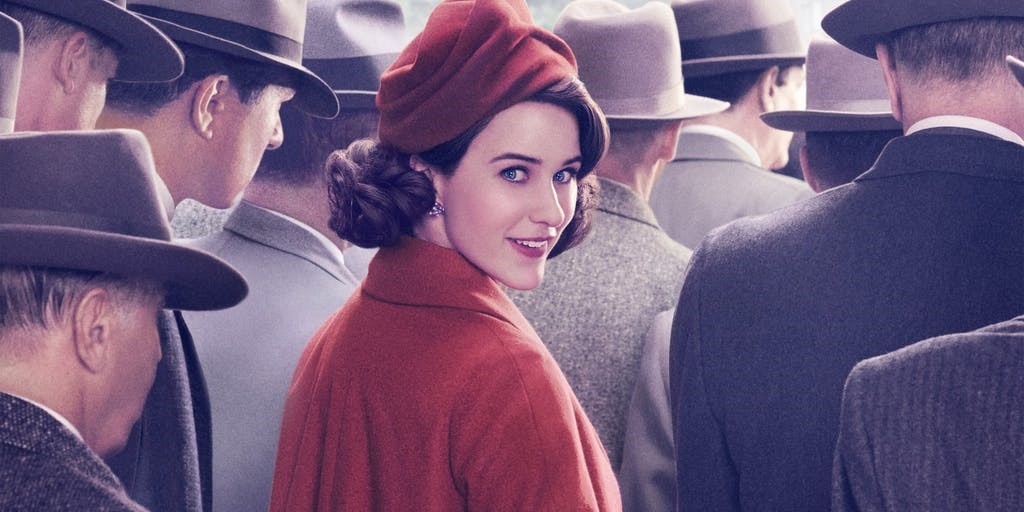 Were you enamored of Don Draper and the rest of the ad honchos on Mad Men? Have a nostalgic hankering for late 50s/early 60s New York City heyday of The Man In The Gray Flannel Suit (★★★★, 1956 starring Gregory Peck) or Audrey Hepburn in Breakfast at Tiffany’s (★★★★★, 1961)? Well, “Mrs. Maisel” gets the setting, scenery, attire and sensibility just right along with an extra bonus, “Maisel” is really, really funny.

“Maisel” is the story of a late 20-something contented, pretty, Jewish Upper West Side housewife whose life is totally upended by the idiocy of her husband. This sets her off in a seemingly unlikely (to her and everyone else) and unplanned trajectory as a stand-up comic at a time when this field (like most others) was dominated by men.

Midge Maisel is played with aplomb, sparkle and wit by Rachel Brosnahan with both good natured ferocity and good taste. You won’t feel like the show is over-the-top campy. Brosnahan is backed up by a sterling cast of characters (really, characters!) including Kevin Pollak (Casino ★★★★★ 1995, A Few Good Men ★★★★ 1992, The Whole Nine Yards ★★★★ 2000),
Tony Shalhoub, plays her uptight father (Shalhoub won the Outstanding Supporting Actor in a Comedy Series Award in 2019 at the Primetime Emmys)  and he’s is channeling “Monk” through a neurotic Jewish-American prism. Shalhoub is also known for Galaxy Quest ★★★★ from 1999 and Honeymoon in Vegas ★★★½ from 1992.

Also outstanding in the cast are Alex Borstein who is hysterical as Midge’s manager and Luke Kirby playing the late edgy comedian Lenny Bruce. Kirby has Bruce down so cold that you’d swear he was standing before you right there and right now in the flesh. 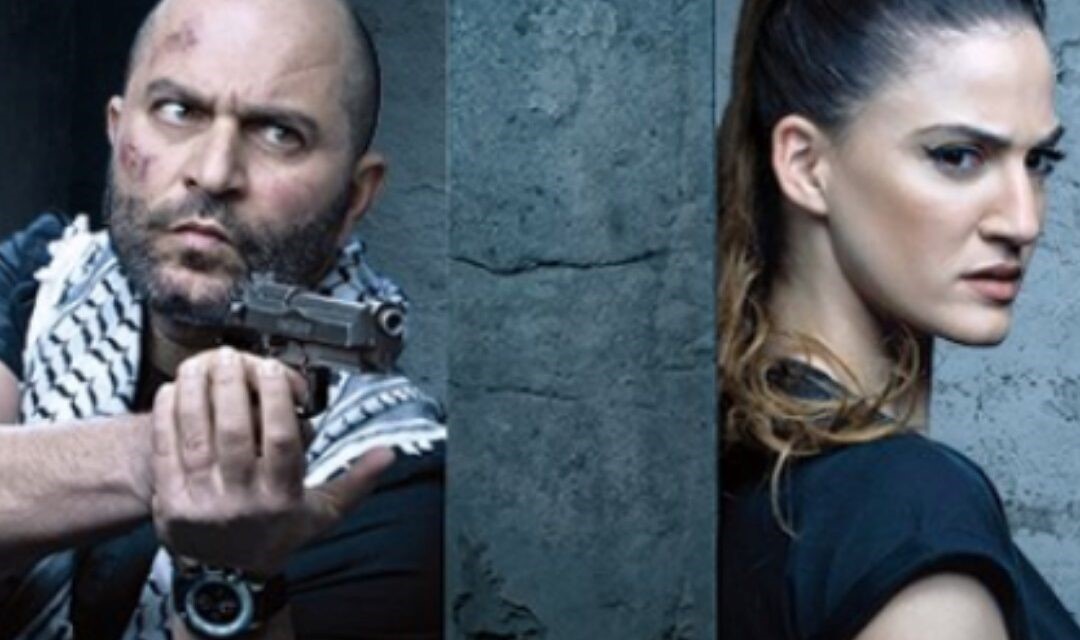 Lior Raz as Doron (left) and Rona‑Lee Shim’on as Nurit in “Fauda.”

This is not a show for the squeamish. “Fauda” transports the viewer directly into the heads, hearts and traumas of an elite Israeli undercover counter-terrorism squad. It is not an exaggeration to say that after watching all three seasons you may find yourself fighting off mild Post Traumatic Stress Syndrome (PTSD) as though you were actually in the field with these guys. Heavy drama, scintillating action, plenty of violence, edge of your seat suspense and not always a happy ending. If you like dousing your food with Tabasco® Sauce, this is the show for you.

“Fauda” is the Arabic word for “chaos,” the word is a metaphor for the violent insanity embodied by Hamas, Islamic Jihad and ISIS terrorists along with a local population that encourages and enables their activities. Full-on repugnant hatred is not sugarcoated here in any way. Disregard for the value of human life is ubiquitous in each episode. The show is based on the real-life military experiences of Lior Raz and Avi Issacharoff and takes place in the West Bank, Gaza and Israel, all of which can seem like different planets even though they’re in close proximity to one another.

Lior Raz plays the main character of Doron Kavillio. Doron is who Vin Diesel or Pitbull might be if they were Israeli and served in the Israeli Army, which is to say Diesel in particular seems like a cartoon wuss compared to Doron. Doron leads a field team of passionate eccentrics who blend seamlessly into Arab cities and towns. In Doron’s case, he is so deep undercover that he often can’t differentiate if he’s Arab or Israeli. There is a supporting cast of officers, wives, lovers, children and diplomats which give Fauda a 360-degree view of human intensity on every level.

The verisimilitude of the show (which also portrays a nuanced Arab perspective as well) is such that there’s really nothing to compare it to. Original is an understatement. Winner of a bazillion Israeli Academy Awards and in December 2017, The New York Times voted Fauda the best international show of 2017. Hour-long episodes. 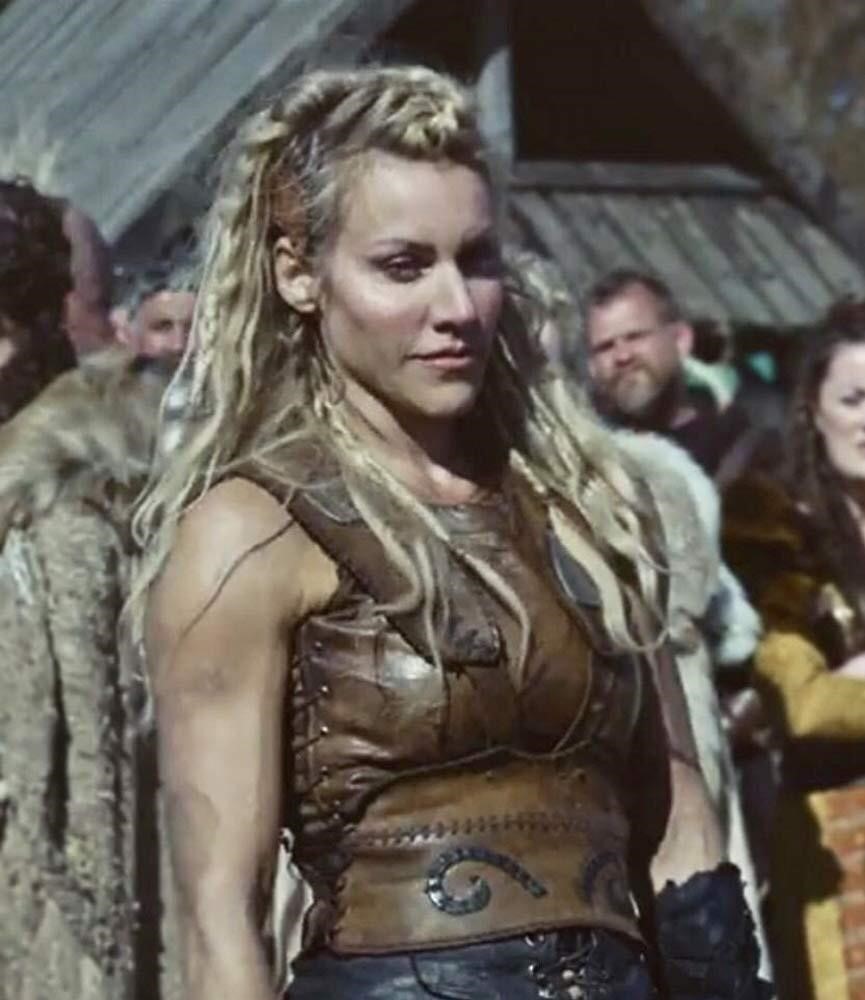 Silje Torp as Frøya in “Norsemen”

Are you a fan of Monty Python and The Holy Grail (★★★★, 1975)? Well imagine Python-like historical absurdity applied to eighth century Norway and the Vikings and you have “Norsemen.” Made in Norway with an all Norwegian cast and crew (shot in two identical versions back to back in English and Norwegian, Netflix is showing the English-language series, so no subtitles) this is perhaps the best thing to come out of Scandinavia since Abba and Ikea.

Twenty-first century Western norms, values, morality and culture is overlaid onto an ancient Viking palette which results in a very funny show. Who knew Vikings could be such a laugh riot?

There is a silly Gay village chieftain (not that there’s anything wrong with that) who’s main fixation is to bring outdoor art installations and live theater to this primitive armpit. You have a Valkyrie Viking warrior who goes on raiding parties (primarily to England) and in addition to participating in murder and pillage also rapes men. There is a wondrously and hysterically evil rival village chief who schemes to steal a coveted map showing how to sail to England which is rich in booty and poor in its ability to defend itself.

The show also pokes great fun at modern marriage, relationships, dating and workplace issues all done in delightful singsong Norwegian English. The location shots, wardrobe and makeup are very believable as being from 1,200 years ago so the contrast between that and today’s humor makes the “Norsemen” a lot of fun and a trenchant lampoon of our modern world. Half-hour episodes so you can digest this in small bites. 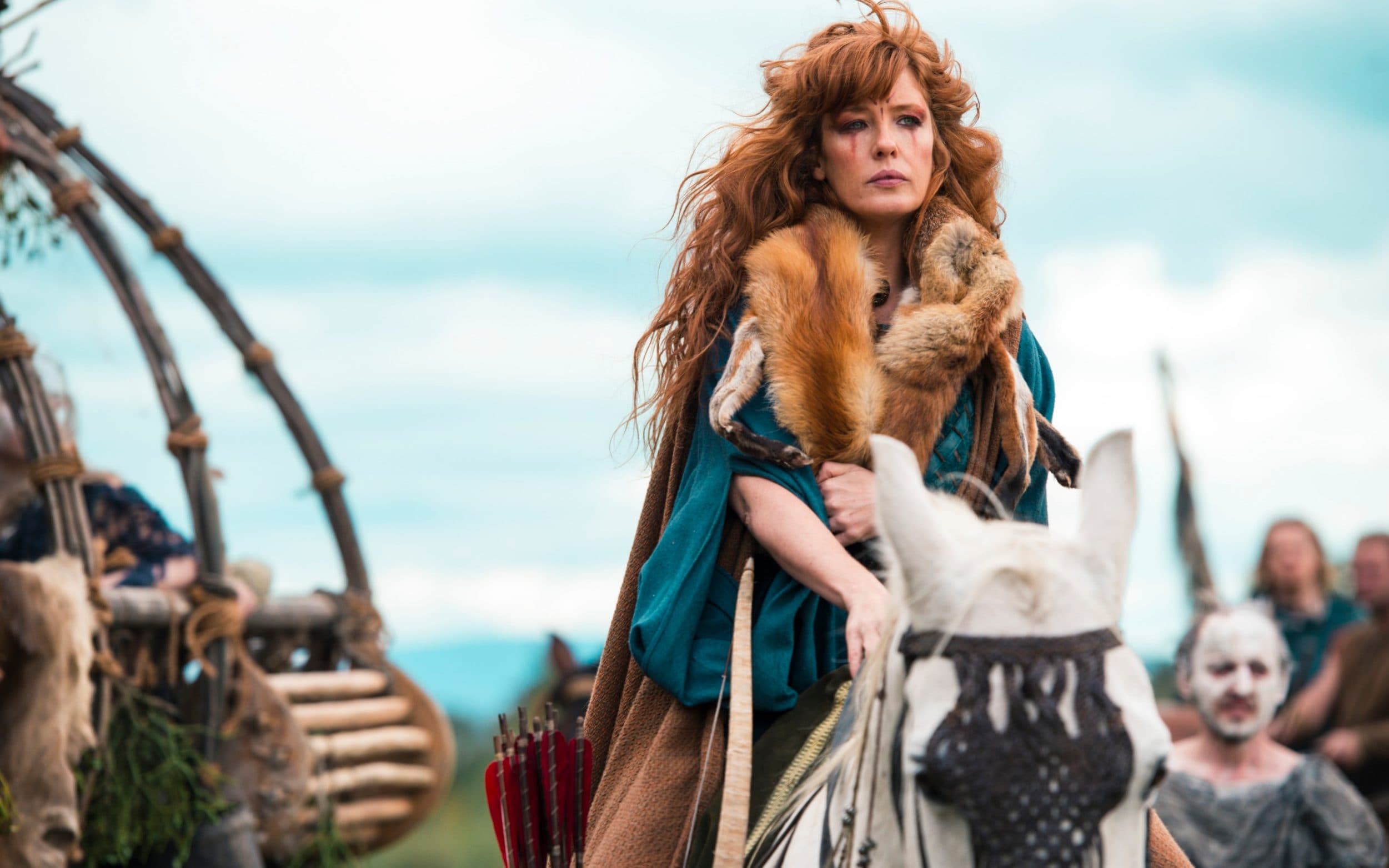 As befits a show with this title, “Britannia” is an import from the UK and originally aired on Sky TV. It’s the year 43 A.D. and Britain (really Southeast England) is being conquered by those pesky, nefarious Romans. Swords, sandals and sorcery abound. Standing in the way of total Roman domination are disparate Celtic tribes led by fierce warrior women allied with mystic blue-faced Druids who commune with the underworld (often with the aid of psychotropic mushrooms and other herbs).

This is historical fantasy (not a comedy) analogous to HBO’s Game of Thrones (★★★★★) but made with a much lower budget. Shot on location in Wales and the Czech Republic there’s plenty of meat here to chew on but no flying dragons. Set at the very beginning of Rome’s 400-year British foray, this predates the Arthurian legends by many centuries (King Arthur, ★★★★, 2004, starring Clive Owen and Keira Knightley is also very much worth watching). The producers do a good job particularly with the Druids and the Romans. The mostly British cast does lends gravitas to the stories simply by virtue of their British accents. Episodes run between 40 and 70 minutes. 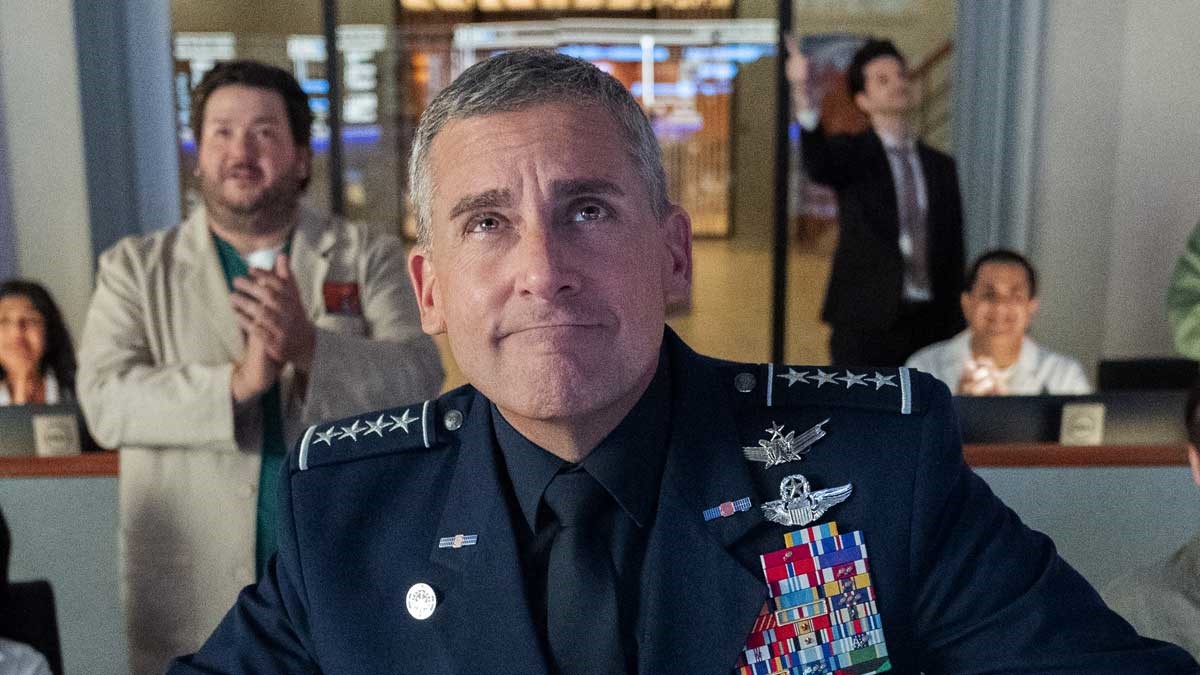 Starring Steve Carell, Lisa Kudrow and John Malkovich. This is essentially “The Office” set at the new Trump-created military branch designed to fight in outer space. Absurdities and wry humor abound. Carell is a pleasure to watch doing just about anything or nothing at all. Carell is playing Steve Carell in the guise of an Air Force General put in charge of creating a fighting space force. Kudrow is in the role of his wife and Malkovich is the head scientist. Half hour episodes.