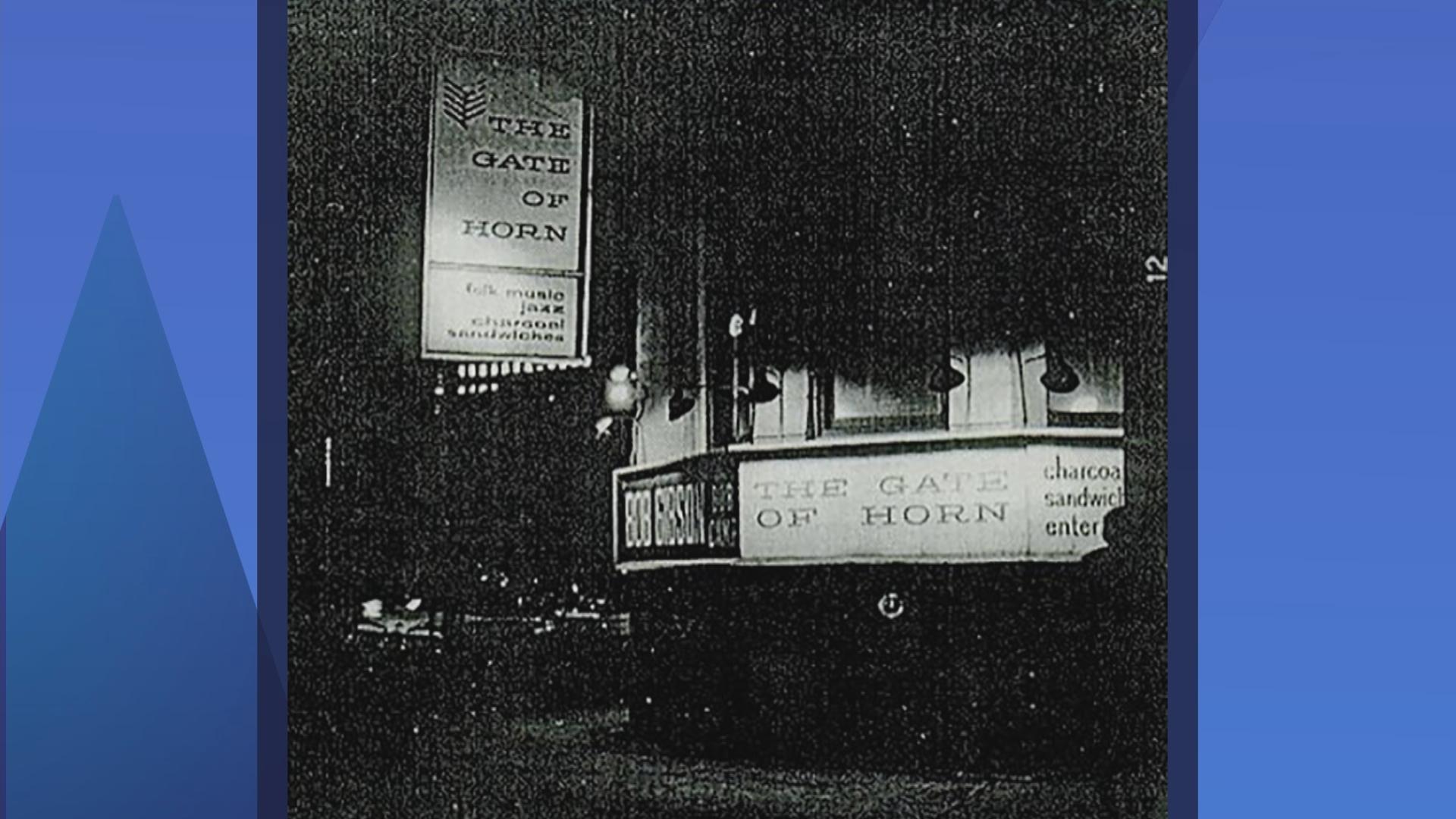 It’s been a tough year for Chicago’s music venues, shuttered since March because of the pandemic.

But the city’s rich history of live performance lives on.

Geoffrey Baer has the story of a Chicago nightclub that helped launch the careers of artists like Peter, Paul and Mary, Shel Silverstein, and many more.

After watching your story on Shel Silverstein, I dug up footage from an old WTTW series called “Open Air” from 1972, which featured an hourlong reunion of the “Gate of Horn” club in Chicago. What exactly was the Gate of Horn?

A major thank you to our questioner Rick who sent us this footage, because this show was actually missing from the WTTW archives!

This was a reunion concert of performers who appeared at the iconic Gate of Horn nightclub in Chicago. It was taped almost 50 years ago, several years after the club closed.

In the late ‘50s and early ‘60s, the Gate of Horn hosted folk legends like Peter, Paul and Mary and Joan Baez, and comedy greats like George Carlin and infamously, Lenny Bruce.

The Gate was one of the first folk music clubs. According to some, even the first folk club, not just in Chicago but in the entire United States when it opened in 1956.

The Gate’s first home was in the cramped basement of the old Rice Hotel, at the corner of Chicago and Dearborn on the Near North Side. 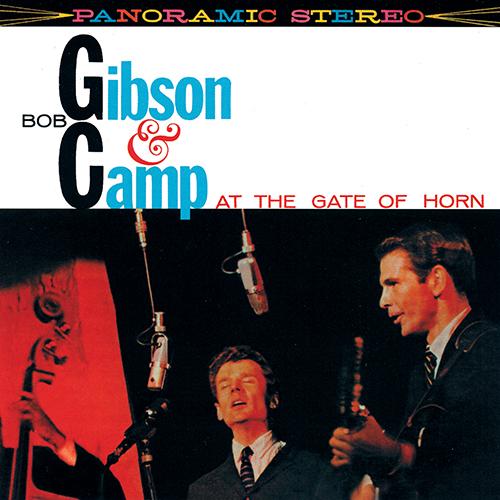 One of the key figures at the Gate’s close-knit artistic community was local folk singer Bob Gibson.

He often performed with another big name from that time: Hamilton “Bob” Camp. They even released a live album recorded at the Gate in 1961.

The Gate of Horn was founded in 1956 by a music manager named Albert Grossman to showcase his clients and discover new talent.

Grossman would become quite the figure over the next decade, managing artists like Bob Dylan, Janis Joplin, and many more.

Grossman would move on from the Gate of Horn in the late 1950s. And in April 1961, his partner Alan Ribback opened a swankier, stand-alone version a few blocks north of the original at 1036 N. State St.

The new club had better sound and was more spacious. They still hosted folk acts, like the Clancy Brothers and New Lost City Ramblers. But slowly, some of the regulars from the old Gate started to fade away. 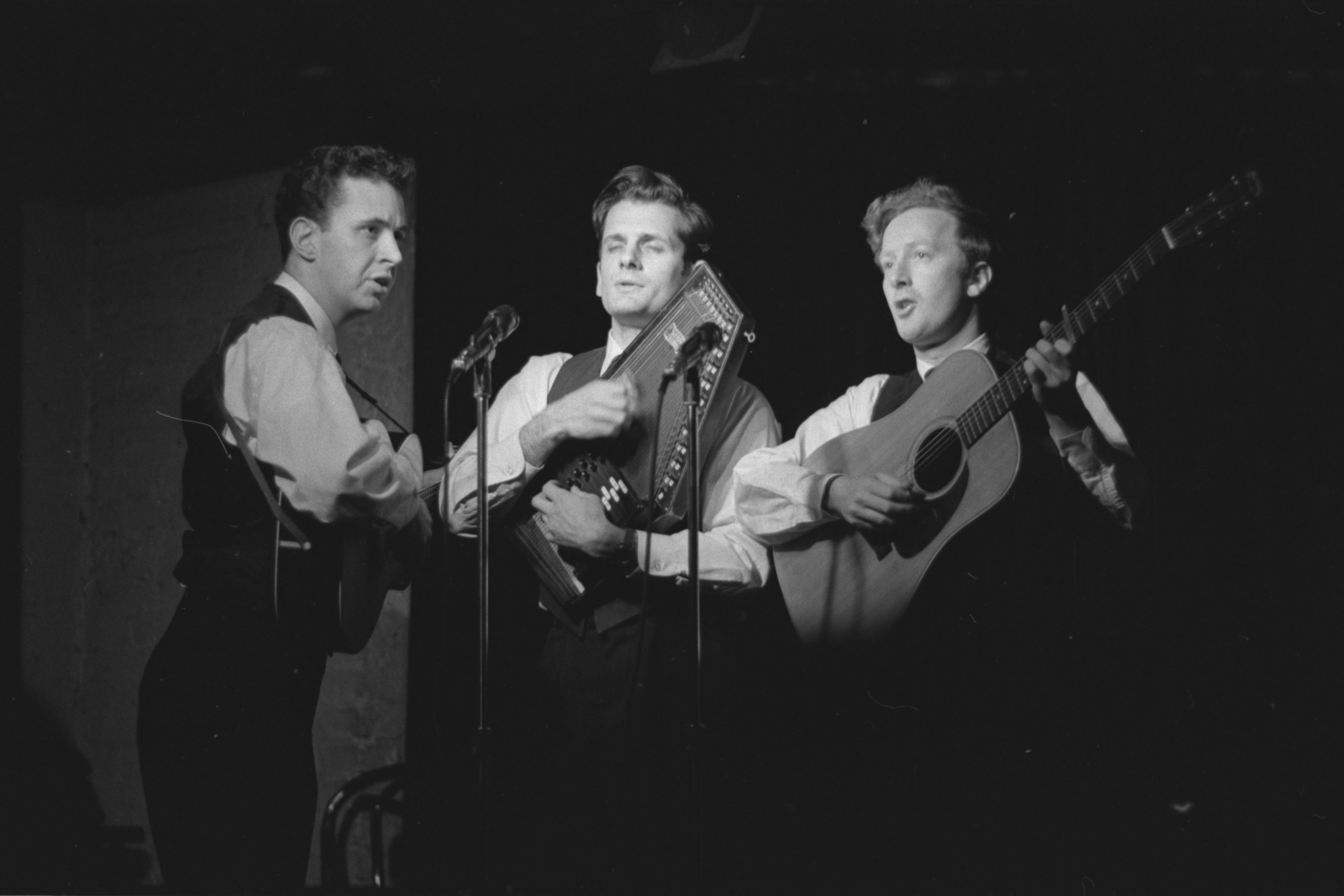 Now, back to Lenny Bruce. If you’ve heard of the Gate of Horn, it might be because of the irreverent and crass comedian, famous for his wild jokes and often lude social commentary.

In the early 1960s, Bruce became a target of law enforcement across the country, and was actually charged several times with obscenity and indecency.

That’s exactly what happened on Dec. 5, 1962, when the Chicago police raided the club and arrested Bruce mid-performance.

After the arrest, the Gate entered its final days. Bruce’s arrest caused them to temporarily lose their liquor license, and they really struggled to recover.

New owners eventually expanded the focus of the club, bringing in blues and jazz, but the magic was gone. The club closed in the mid-1960s.

The 1972 reunion show brought many of the old regulars back together, as well as someone new: Maywood-born folk legend John Prine, who missed the Gate’s heyday because he was in high school then. Prine tragically passed away earlier this year from COVID-19.

Did you know that you can dig through our Ask Geoffrey archives? Revisit your favorite episodes, discover new secrets about the city’s past, and ask Geoffrey your own questions for possible exploration in upcoming episodes. Find it all right here.

Do you have a question for Geoffrey? Ask him.