It also comes at a time of increasing awareness and discussion about how minorities — especially Jews, during this period of rising anti-Semitism across the U.S. — are portrayed on screen. As one of the most Jewish series currently on television, “Mrs. Maisel” is involved in a lot of these discussions.

[The Maisels and the Weissmans] are two Jewish success stories in New York, at a time when the world was wide open for them… We just leaned right into it.

It’s such a fundamentally New York Jewish story, but in season three, her world really expands.

When you started, when you pitched the show, did you know it was going to end up where it is now? Did you have a plan that she’s going to go on tour, and all that? 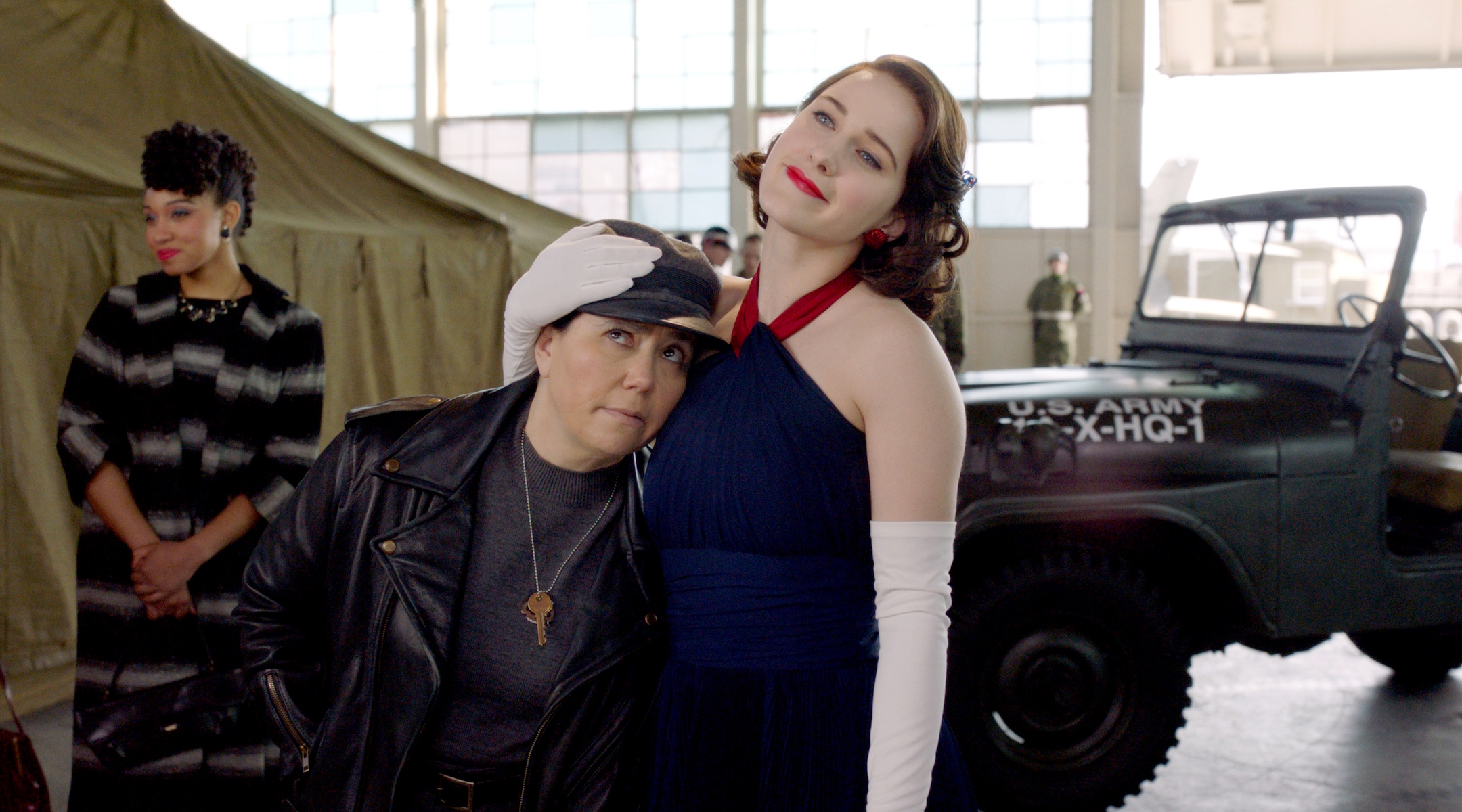 Some of the discussion around the show now centers on the depiction of Jewish stereotypes. How do you deal with that issue in our hyper-aware culture?

Palladino: Yeah, every once in a while, there will be a mention of Hanukkah, or a Yiddish word spoken. And other than that, they’re Episcopalian! So we’re trying to lean heavily into Jewish practices. We just want to show it, celebrate it, and sometimes laugh about it.

I’m not Jewish, but I married a Jewish woman and I’ve been working with — and have been friends with — Jews all my adult life. I have learned to love the laughter and the joy surrounding the traditions. We don’t hang on the internet a lot because it’s —

Palladino:  But a lot of the feedback that we’ve gotten, has been “Thank you. Thank you for leaning into it and showing Jews being Jewish, as opposed to just name checking them as Jewish.”

Sherman-Palladino:  And there are many different kinds of Jews! To say, “oh, Jewish stereotypes,” well, what are you talking about? Because we have an educated Jew, we have a woman who was happy to be a mother, we have another woman striking out as a stand up comic, and, you know, Susie Myerson’s a Jew! We’ve got a broad range of Jews in there.

Like I said, a lot of this is based on my family, or people that I know. I think that anytime you lean into anything, somebody is going to say, “Oh, you’re leaning into the Jewish stereotype.” Or if [we showed] a Chinese family, it’d be like, “Oh, you’re leaning into the Chinese stereotype.” I don’t think you can avoid that — except for doing what a lot of shows did for many years, which is like, “We’re Jewish, but we won’t talk about it, or you won’t see anything about it,” just one girl will have dark curly hair.

Again, it’s a comedy. Jews own this cadence. They made it… Listen to Lenny Bruce, what he talks about. In between all this other stuff, he talks about his mother; he has a whole bit about his mother and he had a tattoo and she says “you can’t be buried in a Jewish cemetery.” And you could say, well, that’s all stereotypical Jews, but no, that’s Jews. Those are Jewish mothers. That’s how they are.  You can’t please everybody. You just can’t. We try to please most of the people, if possible.

How do you decide what Jewish places and moments to include in the show? 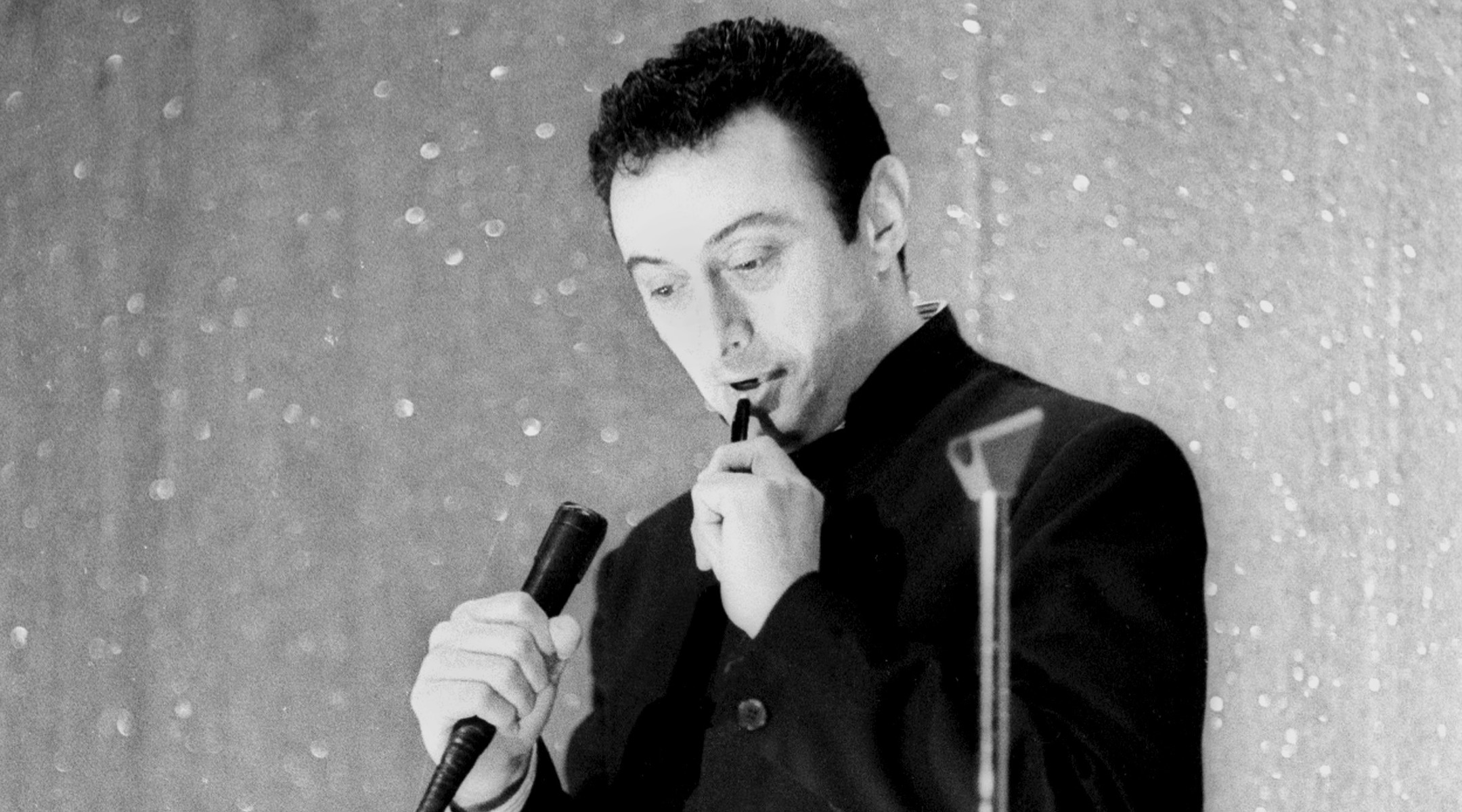 Why did you decide to include Lenny as the reality anchor?

Palladino: Talk to any comic today, and everyone will acknowledge that he’s the godfather of today’s comedy. He died for other people’s sins. Not that he didn’t sin but he was —

Sherman-Palladino: Not that he didn’t have a little hand in it.