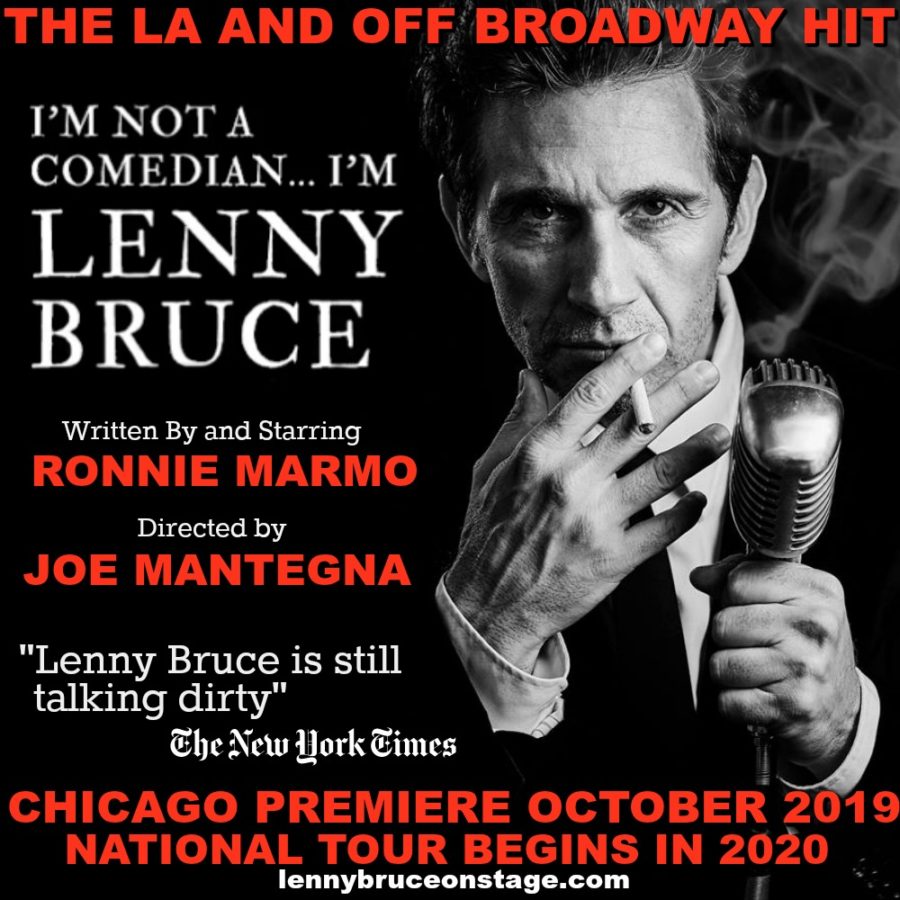 I’M NOT A COMEDIAN…I’M LENNY BRUCE is a one man show chronicling the life and death of the most controversial comedian of all time, Lenny Bruce. From his famous battles for freedom of speech,which he fought all the way to the supreme court, to his untimely death  in 1966, writer and star Ronnie Marmo and director, Tony Award Winner and Emmy nominee, Joe Mantegna, have created a funny, poignant and riveting look at the man who changed the face of comedy and impacted so much more.

After a 110 performances and massive critical acclaim in Los Angeles the show moved Off Broadway in October 2018 again becoming a hit among critics, garnering incredible press attention and attracting a bevy of celebrities among its packed audiences.  After multiple Off Broadway extensions, and a 9 month run the show now moves to Chicago, opening October 25, and will begin touring nationwide in 2020. As it has been since the show’s inception, to  a percentage of all tickets sold is donated to The Lenny Bruce Memorial Foundation.

Click Here to Learn More or For Tickets at lennybruceonstage.com